Are you ready to see one of the most unique bands ever to grace the world of modern folk and indie pop?? That’s right, it’s Beirut, on tour with a brand-new album “Gallipoli”, hitting the Tower Theatre on Friday 15th February 2019! Treat yourself to a night of truly incredible immersive live music – book your Beirut tickets today!! 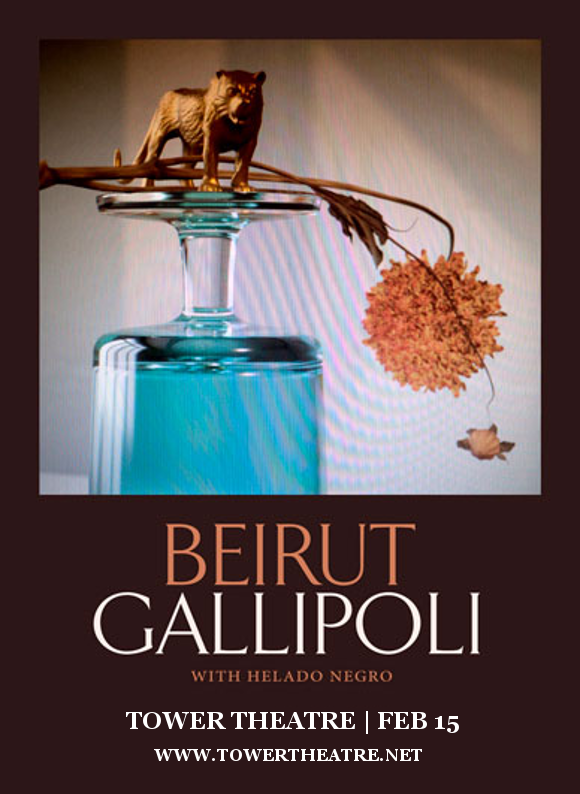 Named after Lebanon’s capital for its history as a place where cultures mingle, Beirut’s eclectic sound is perfectly summed up by their name. The new album is inspired by a very particular experience by the band, described by Zach Condon as having occurred during a visit to Italy: ”We were seeing signs for a city called Gallipoli. We get out of the car and we just decided to go for a walk and in that moment we happened to hit a procession… We just got lost with it for an entire night. The next day, I wrote the song I ended up calling 'Gallipoli,' entirely in one sitting, pausing only to eat.”

Listen to the lead single from the new album below – any existing fans of Beirut who haven’t heard it yet are guaranteed to love it! But don’t wait about too long while you listen – those tickets won’t last!!