Amy Schumer comes to Tower Theatre on Saturday 1st December 2018 for a night of fresh, funny, filthy comedy! The highly acclaimed stand-up comic and star of Inside Amy Schumer and recent blockbuster I Feel Pretty will be performing brand new material that is guaranteed to tickle your funny bone and get you laughing! Book your tickets ASAP to avoid disappointment! 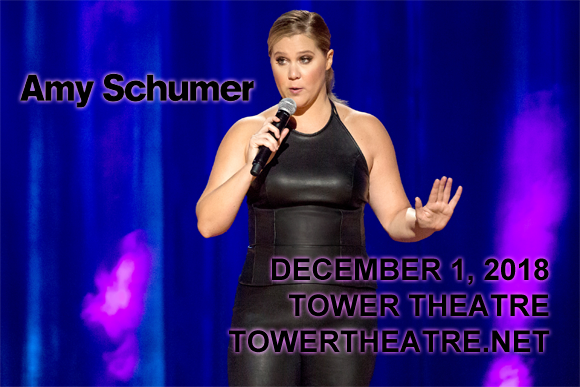 First coming to public attention in 2007 when she was a contestant on the fifth season of the NBC reality competition series Last Comic Standing, Amy Schumer is an American stand-up comedian and actress. Schumer's career first began in 2004, when she made her first stand-up appearance at Gotham Comedy Club. Currently, she is the creator, co-producer, co-writer, and star of the Comedy Central sketch comedy series Inside Amy Schumer, which has been running since 2013, and has earned her a Peabody Award and five Primetime Emmy Award nominations, winning Outstanding Variety Sketch Series in 2015. Her first leading film role was in the 2015 film Trainwreck,which she also wrote, and which earned her nominations for the Writers Guild of America Award for Best Original Screenplay and the Golden Globe Award for Best Actress – Motion Picture Comedy or Musical. She also starred in the 2018 film I Feel Pretty, and earned a Tony Award nomination for Best Actress in a Play for her Broadway debut in Meteor Shower.